THE TOWERING MOUNTAIN OF EVIDENCE 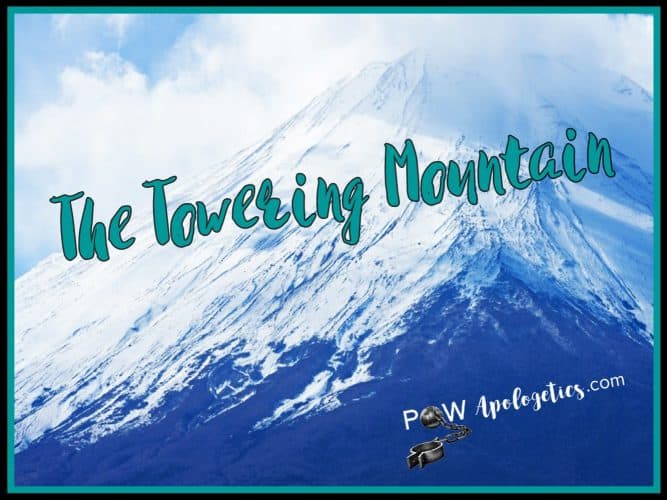 The evidence for the truth of Christianity is like a mountain that towers over every religious system. As everyday apologists, we can effectively paint that word picture during conversations with skeptics and searchers—and with new believers to strengthen their faith or equip them for witnessing.

Producing solid evidence is vital in determining whether a religious system is true. Lawyers, judges, and police detectives understand that evidence is essential to ascertain truth. Pilots and surgeons know that people’s lives can depend on factual data.

So how do the various religions establish their authenticity? Well, some of them, such as Islam, point to their heritage or to their increasing number of followers. Others, such as Mormonism, point to a subjective experience. Biblical Christianity, on the other hand, produces an abundance of solid evidence from human history to confirm its legitimacy.

Have you ever examined the historical evidence for Jesus’ resurrection? Or considered the fulfillment of extensive Bible prophecies? Or checked out the historicity of the Bible and the hundreds of attested miracles Jesus performed? If not, you might consult the updated and expanded classic, Evidence that Demands a Verdict by Josh McDowell and Sean McDowell (to be released on 10/3/17).

When witnessing, we can also cite the testimonies of atheists and skeptics who considered the compelling evidence for Christianity and became radical followers of Jesus Christ. Here are just three of countless examples:

Here’s a case of an atheist who became a theist by following the evidence. The late Professor Anthony Flew, once known as the most notorious atheist-philosopher-debater, became a theist (yet not a Christian as far as we know). In his book There Is a God, he explains that he made a commitment to follow the argument wherever it led, and it led him to a belief in God as Creator. The book jacket contains this statement: “After pondering the latest scientific results, Flew concluded, ‘A God stands behind the rationality of nature.’”4

The snowcap on top of Christianity’s mountain of evidence is the glorious gospel of grace. Whoever believes and receives the biblical Jesus Christ will possess eternal salvation (John 1:12; 3:3). Our Creator-God, out of unimaginable love, chose to redeem us from our fallen state by sending His divine Son to take the punishment for our sins. Jesus willingly died on the cross for all people and declared, “It is finished!” (John 19:30).

No religious system makes this grand claim of salvation based on God’s grace alone. They all, in one form or another, teach works righteousness—that people must earn their way to heaven or work for God’s approval. Their ultimate downfall is that the object of their faith is not the living Savior of the world.

Accordingly, let’s introduce unbelievers to the mountain of evidence supporting biblical Christianity. And while doing so, watch for a golden opportunity to segue into sharing the life-saving gospel.